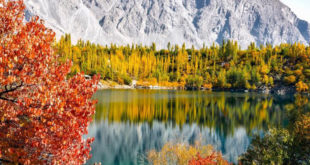 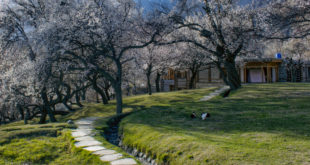 Millions of Muslims travel to Mecca every year. Here are some basic things you should know about this amazing Hajj. See the Packages

Hajj is a pilgrimage to Mecca (in modern-day Saudi Arabia),which every Muslim must make at least once in his life, if he is able to do so.It is one of the five pillars of Islam and a central religious duty in Islamic belief.

Hajj takes place in the month of Dhu al-Hijja , in the last month of the Islamic calendar. The Islamic calendar is the moon, which means that the pilgrimage occurs gradually in all four seasons of the year and not at a specific time of year.

It involves a series of rituals that take place in Makka hand around it over 5-6 days. Muslims believe that the rituals of Hajj date back to the era of the Prophet Ibrahim. Prophet Muhammad himself led the Hajj in 632AD, the year of his death.

Hajj now attracts about three million pilgrims each year from all over the world.

For me, the pilgrimage was a dream, walking on the Holy Land where the prophets walked and spoke. It was a magical journey.

Why Mecca is so important?

The city of Mecca is the birthplace of the Prophet Muhammad(PBUH), where he received the message of Islam that transformed Mecca into the holiest city in the Islamic world.

Mecca has been a holy site since antiquity. Even before Islam, Mecca was an important pilgrimage site for Arab tribes in the north and central Arabian Peninsula. During the holy months, like Dhu al-Hijjah, violence was forbidden in Mecca, which allowed trade to grow, and as a result Mecca became an important commercial center.

The Haram in Makkah (the Sacred Mosque) with the Kaaba and the well of Zamzam in its heart is the place where Muslims pray every day. The Kaaba, literally meaning “the cube”, is an empty square building known to Muslims as the “House of God”.

“The first House [of worship] to be established for people was the one in Mecca. It is a blessed place; a source of guidance for all people”.

What does Hajj mean?

Hajj involves a series of rituals that take place in Mecca and around over a period of five to six days, some of which include:

The pilgrim must travel to one of the designated Miqat, or”declared places,” which is the limit to which he must wear Hajj cloths: Ihram. This consists of two pieces of unstitched white cloth for men,and any modest clothes for women. Ihram is not only clothing, but the intention to perform Hajj peacefully.

The first ritual place is the tawaaf, in which pilgrims walk around the Kaaba seven times in a anticlockwise direction.

This is the crossing between the hills of Safa and Marwa. The area where the activity is called Mas’aa (the place of  hurrying) is now inside the mosque in Mecca. These rituals represent a search that migrated from the water after Ibrahim left it in the desert.

The word “stand” literally means that these rituals refer to the most important vigils that occur from noon to sunset on the ninth of Dhu al-Hijjah in the plain of Arafat.

Being in Arafat is the most surreal moment in the life.Millions of people  … silently meditate or cry loudly for forgiveness. As the day moves, the silence descends and the sun does not feel free anymore … .

According to tradition, Muzdalifah, located between Mina and Mount Arafat, is the place where amnesty is granted, and where Muslims gather stones used in the throwing of stones (pillars) in Mina. Here pilgrims gather at least 49 pebbles. The Prophet Muhammad stated that the stones should not be large or very small, almost the size of chickpea.

These stones are used on the three pillars located in Wadi Mina near Makkah which represent three times Satan’s attempt to seduce Abraham.It is known as Jumrat al-Aqaba (the largest), Jumrat al-Wusta (center) andJumrat al-Sagra (small).

This “Festival of Sacrifice” takes place on the 10th of Dhu al-Hijjah, a great feast throughout the Islamic world.

In Hajj, a pilgrim must offer a sacrifice and there is another mandatory ritual of Taqseer or Halq (cutting or shaving) hair. This devotion symbolizes the neglect of earthly attachments and a new beginning.

It’s time to leave Mecca, Went to look at the Kaaba for the last time after noon prayer

The Journey of Hajj

When the pilgrims completed their Hajj journey, they follow in the footsteps of millions of people who are before them. Before embarking on Hajj, pilgrims must pay off all debts, make provisions for dependents and ask others for forgiveness.

Today, millions of Muslims from more than 70 nations arrive in Mecca in Saudi Arabia by road, sea and air each year, completing a trip faster than those that preceded them.

In the past, those who traveled by land on camels and on foot congregated at three central points: Kufa in Iraq, Damascus in Syria and Cairo in Egypt. The pilgrims who come by sea would enter Arabia in the port of Jeddah.

This work by the contemporary Saudi artist Maha Malluh is based on the contrasting experiences of traveling in Hajj in the past and in the present.

Wishing safe trips to all the participants in the Hajj 2019! 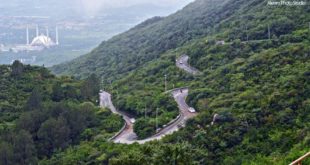