A Business Tide at the Bay of Bengal

Making the Right Accounting Decisions for Your Business 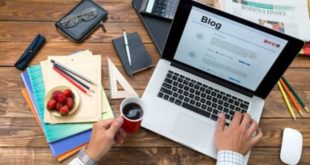 The benefits of accounting services for the companies

Since the western markets are hit with a prolonged recession period the businessmen are looking at South Asia expectantly. According to the recent estimate Asian countries like China, India, and Bangladesh are going to attract a lot of business opportunities and witness a rising trend in the economy. The current government of Bangladesh is undertaking a major infrastructure reformation operation. During the past decade, the underdeveloped nation of Bangladesh has many missed opportunities due to the lack of proper infrastructure in place. JHM International Limited has signed an international assignment that requires supplying construction quality stones to the project.

The government is planning to construct a new nuclear plant to deal with its energy crisis and a bridge to facilitate the Indian trade routes. Both of these projects are the center of political and economic importance. The new infrastructure plan is said to attract business investment from Japan, Russia, China, and several other countries. On the other hand, the Rooppur power plant at the Pabna District is said to become operational by the end of 2023 and reduce the load shedding issue. The entire project has an estimated cost of 12.6 billion dollars which is a challenging task for the current economy of Bangladesh. However, the JHM group is going to chip in to provide high-quality stones from India to facilitate the construction project.

The famous Ganges River that is branched into Bangladesh is also undergoing major changes. The bridge is already under construction and said to have added stops at port cities in China and India. This bridge would become a multibillion-dollar trade route for the fastest growing economies of the world. The bridge is named Padma Bridge and requires an initial investment of 3.6 billion dollars. The Bangladeshi government is keen on managing the project since it has the possibility of increasing the annual GDP output by 1.2%. The locals are hopeful to get better results and better business opportunities for the local businessman. The JHM group of companies is taking up a major responsibility for facilitating industrial-grade construction material for both these projects.

Previous Are outbound links important in SEO?
Next Machine or hand … how do you clean your curtains?

Why every small business needs a Chartered Accountant in the UK